Fish Forever is delighted that the Rahui in Maunganui Bay (Deepwater Cove) is to continue for at least another two years. Hapu Ngati Kuta and Patukeha of the eastern Bay of Islands have successfully petitioned the government for an extension to the Rahui. Roll-over of the Rahui at Maunganui Bay was recently announced by the Ministry of Primary Industries. It will be illegal to harvest any seafood, apart from kina, until 1 December 2014.

‘The Rahui had only just begun to achieve what was intended,’ according to Fish Forever campaign manager Catherine Langford. ‘Restoration of a healthy undersea is not something that happens overnight. It takes years after harvesting stops for the plants and animals to return to their original size and abundance. And once they do, everyone benefits.’ 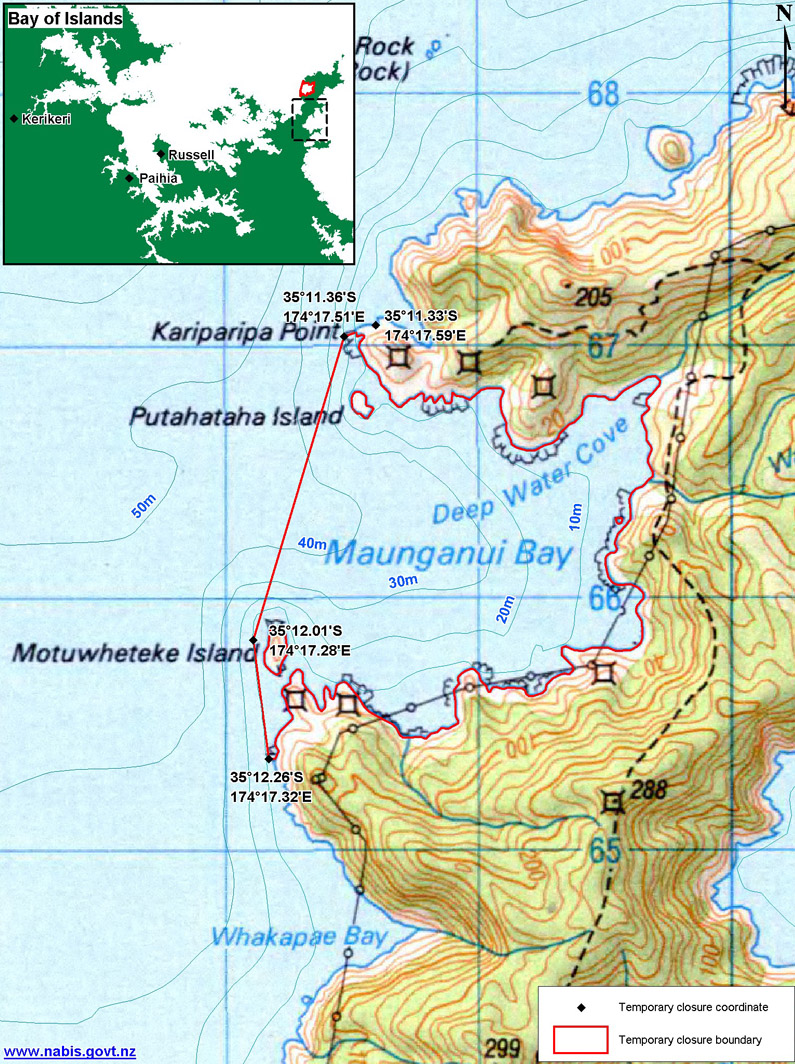 Fish Forever is a community campaign for a network of marine reserves in the Bay of Islands. ‘The marine reserve at Leigh is an example of how a restored ecosystem benefits fishers, who mop up the spill-over of crayfish and various fishes that takes place across the boundaries of the reserve,’ says Catherine.

This year’s survey of the marine life in Maunganui Bay, including around the frigate Canterbury which was scuttled there in 2007, showed that the marine life had a long way to go before it could be considered to have reached its climax state. ‘The surfaces of the Canterbury are now covered much more by sponges and tubeworms than the filamentous algae of previous years’, said John Booth of Fish Forever. ‘Eventually they will be almost completely covered by filter feeders – but that is still some time off.’

The fish appear to be responding more sluggishly to the protection. ‘With no fishing you expect the abundance and average size of fish to increase. But the largest snapper seen in the survey this year are still not even the average size for snapper in the Leigh Marine Reserve. The only way for the fish in the bay to return to their natural state is if there is absolutely no fishing. Zip.’ says John, who prepared the report for Maunganui Bay this year. ‘It’s easy. If you suspect fishing in Maunganui Bay, call 0800 4 POACHER (0800 476 224) and demand a response. It’s the Ministry’s responsibility to police the closure.’

‘There’s great diving on both the Canterbury and in the surrounding bay’, says Catherine. ‘You just need to spot some of the underwater pictures that come back to see what I mean’.