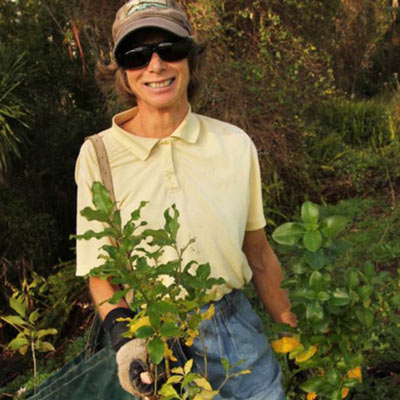 Vicky completed a BSc in biological sciences and a MSc in resource management in her younger years. After working as a scientist, investigating officer (Commission for Environment) and a planner and conservation officer (Department of Conservation Bay of Plenty and East Coast), she established Pacific Eco-Logic consultancy in 1996. She has been involved in marine reserve surveys for Kapiti, Wellington South Coast, Bay of Plenty and Wairarapa. She later completed a PhD for which she developed quantitative methodology for measuring the natural character of New Zealand’s terrestrial and aquatic coastal environments.

Vicky loves exploring. With her partner Chris, she has sailed extensively though the Pacific. As a keen kayaker, diver and snorkeler she would love to have marine protected areas closer to home with more fish and restored ecosystems. Vicky also works in ecological restoration and is currently co-ordinating the Pipiroa -Te Wahapu ecological restoration project for Fish Forever’s partner group “Living Waters-Bay of Islands”.