The Bay of Islands Maritime Park group was established in May 2006. It became an incorporated society on 21st Sept 2007 to allow the active working groups to apply for funding so projects could get underway that would really make a difference to our marine environment. The group was established to help bring together the multiplicity of small community groups in the region and create an integrated approach to target some of the most pressing issues that face our coastal waters.

The vision of the Bay of Islands Maritime Park Inc is healthier seas and healthier communities in the Bay of Islands. The aim is to empower communities to restore some natural charater and balance to the Bay of Islands, and create an area that is rich in social, biological and economical terms. Whether it concerns water pollution, unacceptable levels of sedimentation and silt, or the decline of the fish populations in our waters, there is a place for discussion and action in this group. There are multiple stakeholders involved on many levels of this diverse organisation. 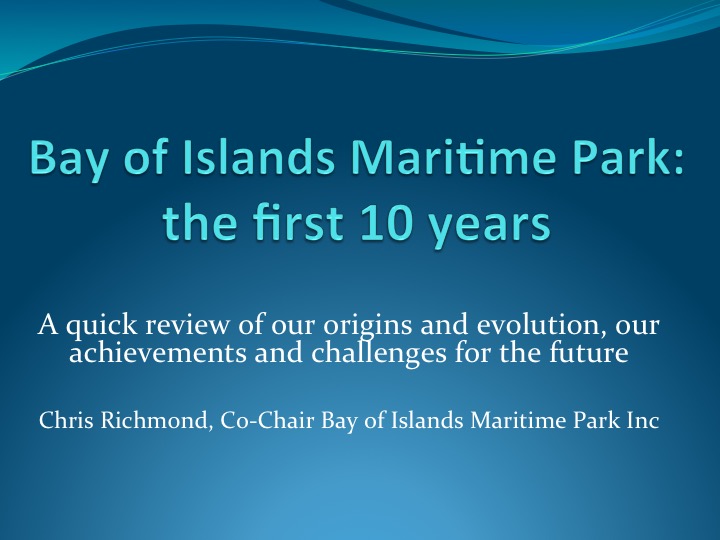 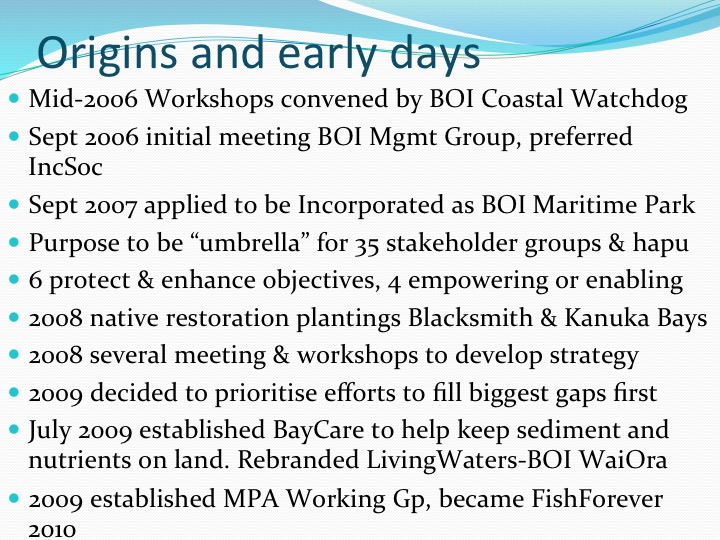 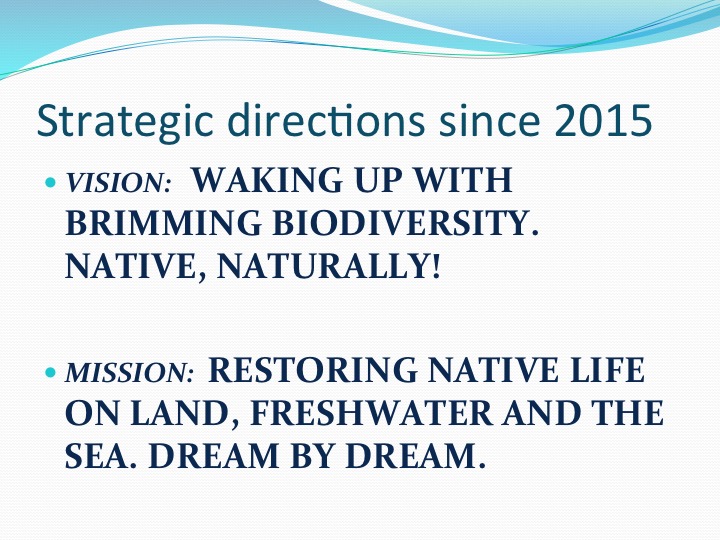 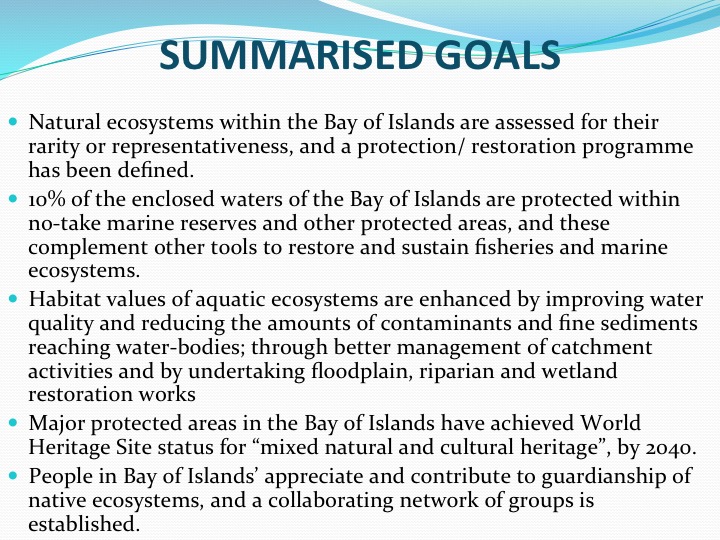 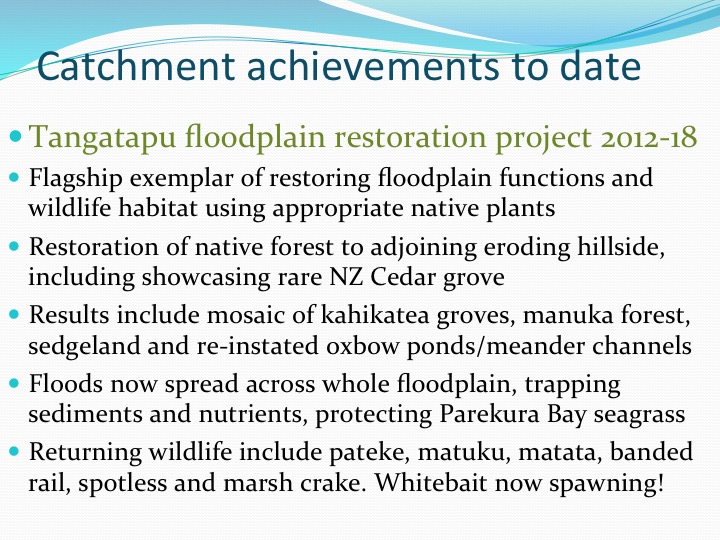 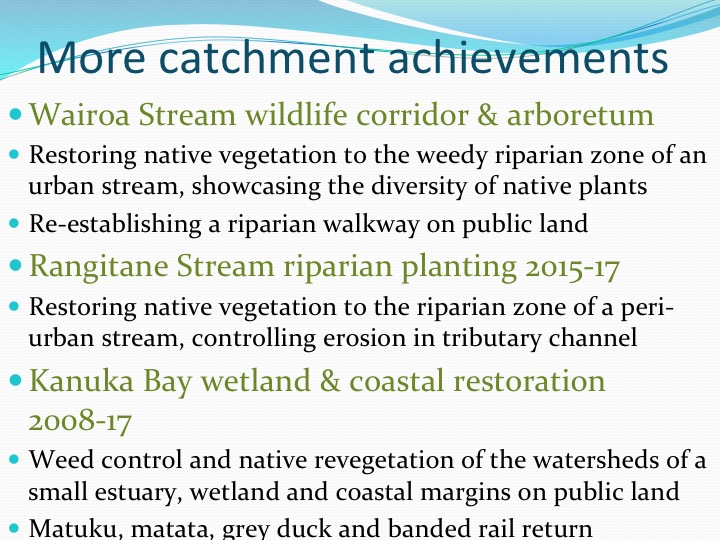 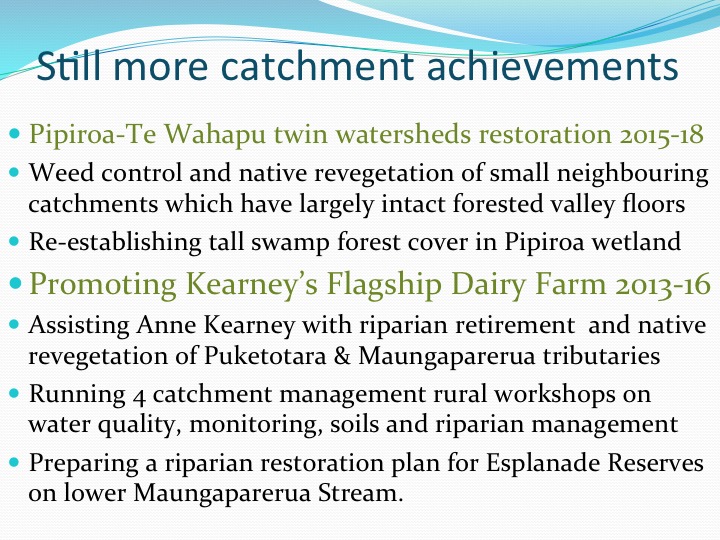 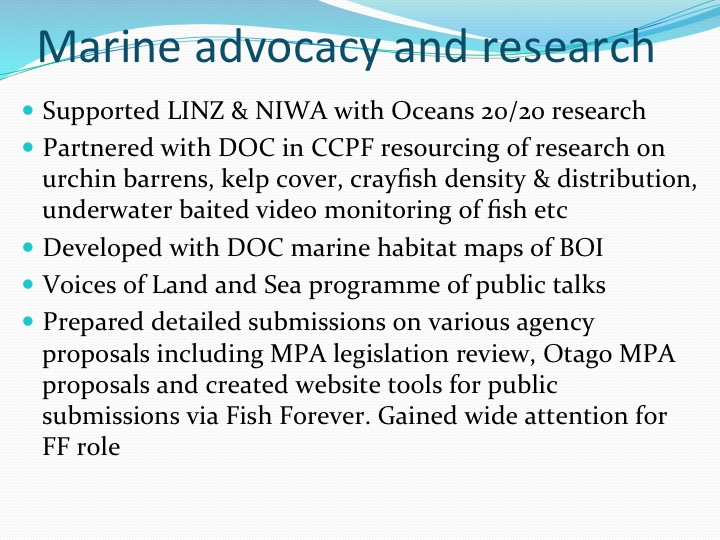 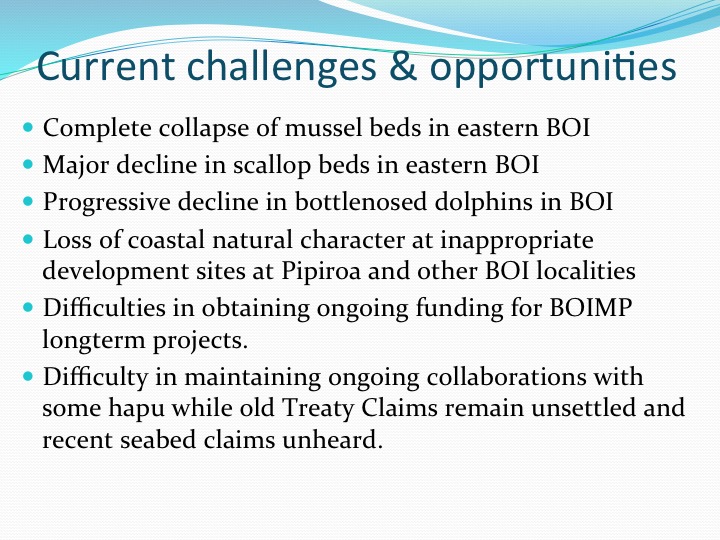